The MY12 Lotus Evora S IPS

Points across the board: F1, GP2, GP3, IndyCar & Endurance 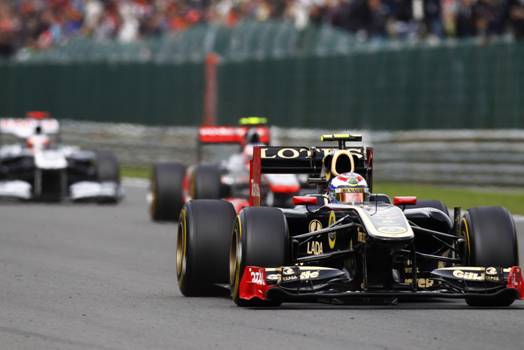 Lotus Renault GP made a big step forwards in performance at Spa-Francorchamps, with the R31’s latest upgrades bringing both drivers into the top ten in qualifying. Reuniting the black-and-gold Lotus Renault with a famous yellow, blue and green helmet, Bruno Senna made his debut for the team with a phenomenal wet qualifying lap which put him seventh on the grid. Vitaly Petrov lined up tenth. At the start, Senna out-braked himself into the first corner, hitting the Toro Rosso of Jaime Alguersuari. A pitstop and a subsequent drive-thru penalty saw the Brazilian drop through the field and he finally finished 13th. Petrov ran as high as seventh but, in the final laps, was suffering from huge brake wear and coasted over the line in ninth.

Vitaly Petrov was encouraged by the performance of the car. We’ve made a big step forward.  Our strategy was good, but we lost out on top speed which meant I found it very difficult to overtake. For the final laps I was driving differently to compensate for our brake concerns, but unfortunately I spun right at the end as I had totally lost my front brakes. Bruno Senna was thrilled after qualifying, and left Spa optimistic. Unfortunately I made a mistake in the first corner, which cost me the chance of really causing a stir at the top end for the remainder of the race. I’m very sorry to Jaime Alguersuari  for that. I slipped back and this left me quite lonely at the back for a while. But my race pace was actually quite strong and I kept pushing and was pleased with how I drove. Obviously I would have liked to have finished higher, considering my grid position, but now I’ve got good pace to build on and take me through to Monza. Team principal Eric Boullier had mixed feelings. We suffered from a difficult first corner, which prevented us from scoring more points. Having said that, Vitaly and Bruno both drove a respectable race from this point on. It’s good to see that we’ve improved our pace, and there are clear indications that some of our vigour has re-emerged following some tricky races recently.

Lotus-ART driver Jules Bianchi edged closer to securing second place in the championship in Spa with two second places. The Frenchman qualified third for Race 1 and passed Luca Fillipi at the start. When a mid-race safety car led the field for eight laps, Bianchi managed to maintain enough heat in his tyres and engine to defend from Romain Grosjean and retain second place. The reverse grid meant he started Race 2 in seventh. He battled through the field and, on the final lap, muscled past Josef Kral to take another P2. Team-mate Esteban Gutierrez finished seventh. 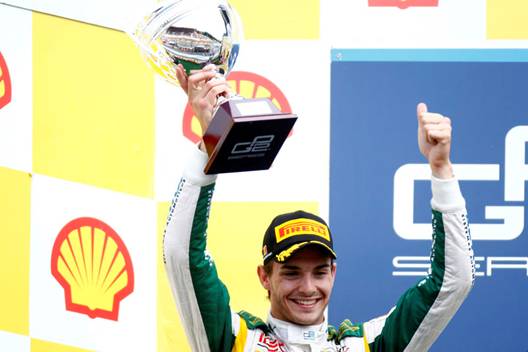 Jules is now just one point of Giedo van der Garde, who is currently second in the championship.

Jules Bianchi was chuffed with his double podium. “I think it was quite a good weekend for the team and I, and we leave with 13 points. The car is getting better and better. Now we have to keep working for Monza, to be quick again, and then we’ll see where we are in the championship. We have to keep pushing, and be quick in qualifying. Then we see.”

Team principal Frederic Vasseur was pleased with what he saw. “It was a good weekend. Jules is back in the championship and can expect to be second. Esteban had some engine problems on Saturday, but he came back in Race 2 and was impressive.”

Lotus-ART dominated in Belgium to take two 1-2 finishes, sealing the Constructors’ Championship and putting two of their drivers up against each other in the Drivers’ Championship battle. In Race 1 James Calado and Valtteri Bottas shared the front row. Bottas made a better start and passed his team-mate in the run down to La Source. From there the pair streaked away, and the Finn built an eight second lead by the mid-point of the 12 lap race. In Race 2 both men had enormous pace once again, but it was debutant team-mate Richie Stanaway, from New Zealand, on pole. The 19-year-old rookie lost out to Nico Muller at the start but then re-took the position on the straight. From there, he lead all the way to the line to take an impressive victory. Stanaway was followed by Calado, who pulled off some stunning passing moves in his journey from seventh to second. It could have been a Lotus-ART 1-2-3 if it weren’t for contact between Bottas and Nigel Melker. Melker slid into the side of the Finn at Les Combes, pitching the Lotus-Art on its side and crashing down. At first the damage seemed minor, but in fact it had damaged the turbocharger, and Valtteri slipped through the field as the car started to misfire. He limped across the line in 19th. 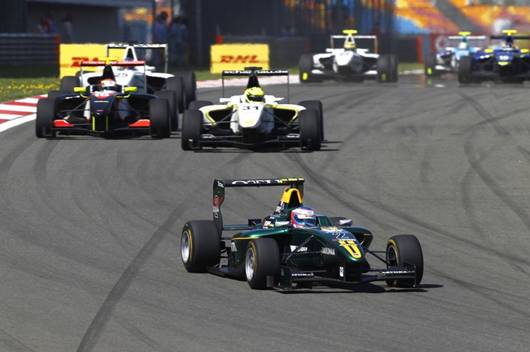 With a five-point lead over team-mate Colado, Valtteri Bottas is feeling calm going into the final round. “Today was unlucky, but on the whole it was a really good weekend. On Saturday the car was brilliant in the wet. I think it was possible to finish third today, giving the team a full podium, but after my contact with Nigel Melker the car started to misfire. The car is very good, I have a five point lead in the championship, and I go into the last weekend of the season confident.”

“I didn’t have enough experience with a hand clutch at the start and so Nico got me and took the lead into Turn 1,” reveals Ritchie Stanaway. “After Eau Rouge I was in the right place for a slip stream and regained the lead. Then I just pushed as hard as I could on the first few laps to build a lead, and then worked to maintain it. I just wanted to bring the car home. Everything is so new and I still need to learn a lot more and get more laps under me before I get a good feeling for the car. But this is a great way to start my relationship with Lotus-ART, and I’m glad to have helped them seal the championship this weekend. They’ve been working hard all year and deserve it… although obviously I’m not taking any credit for it!”

“In GP3 it was a pretty perfect weekend from first practice to the end, and we go into the last round with Valtteri and James 1-2 in the championship,” reflected Frederic Vasseur. “We were also thrilled for Ritchie Stanaway, who has won on his first GP3 weekend, and has shown he’s a very promising talent. Lastly, congratulations to everyone in the team for sealing the Constructors’ crown.” 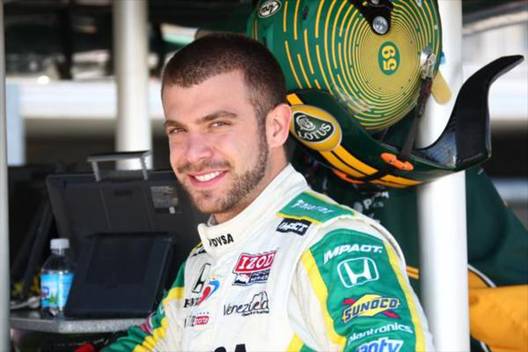 “Finishing in the top-10 today was not bad especially after the difficult weekend we had as a team,” said EJ Viso.  “We never really found the full speed that we needed to run up front.  It was one of those weekends where you need to try and stay strong which we showed today.  We believe that our street set-up suits the next race and so we will be looking for a strong finish.”

Lotus Driving Academy (LDA) premiered at the Magny-Cours round of the Blancpain Endurance series with two Evora GT4s. Car 61 piloted by Switzerland’s Fredy Barth took pole position and set the fastest lap before unfortunately having to retire during the three hour race due to a mechanical problem. Car number 62 however faired much better and finished in second place with the youngest driver pairing in the field – 20-year old Andrina Gugger (Swiss) and 18-year-old Matthias Gamauf (Austrian). 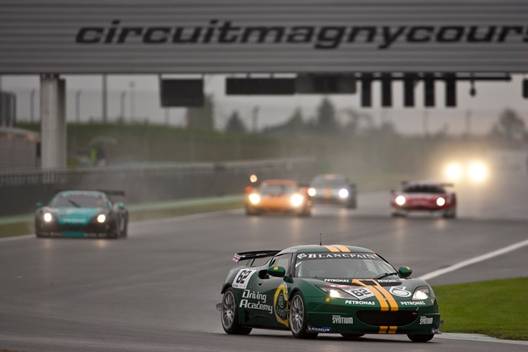 The young LDA drivers shared the podium with fellow Lotus drivers Greg and Leo Mansell alongside Edoardo Piscopo as they brought their Lotus GT4 home in third position for Lotus Sport Italia.

Robert Lechner, Managing Director of Lotus Driving Academy said: “Congratulations must go to Andrina and Matthias for the fantastic race result with second place on the GT4 podium in their first ever GT race for Lotus.”

Group Lotus director of motorsport Claudio Berro reflects on the weekend’s action: “Some very good results from our Lotus-ART junior teams. Congratulations on their GP3 title success, and to Valtteri Bottas and newcomer Ritchie Stanaway on their excellent victories. In Formula One, I think we can be very encouraged by Lotus Renault GP’s performance boost, and now we just need to translate that into double-digit points. In America, it was a tough weekend for KVRT-Lotus but I was pleased to see EJ Viso come home with 22 points.” 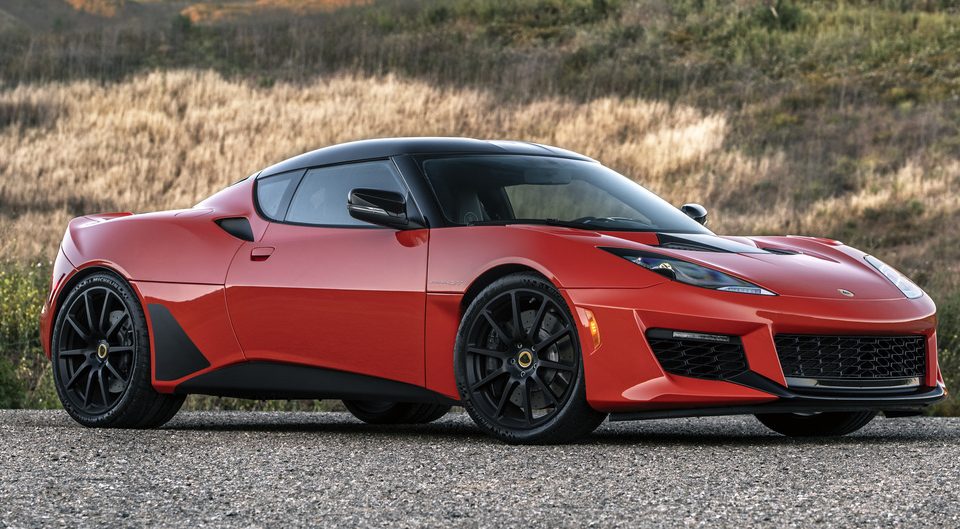